It was probably the last weekend of the summer for Evan to come over. He starts junior high in a couple of weeks and with that, all the pre-activities associated with the beginning of school. We’d had a great school clothes shopping day (another post sometime), and were back at the house. We did our traditional corny ritual of watching a detective show or two before bed then hit the sack. Both of us were tired, me especially! 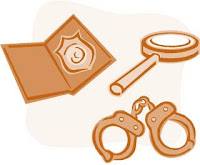 The next day we slept in, Evan til noon! I let him because he’ll be going strong soon. We had another corny ritual, what we call doctor coffee. When they were little I let them drink coffee. Judge me if you must. I would fix theirs, about ¼ coffee in their travel mug, to ¾ milk. I’d sweeten it and they loved it. We’ve since graduated to flavored creamers and it’s still amazing. They think so anyway! 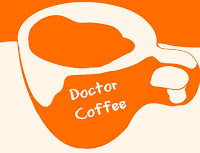 Suppertime was coming and I asked Evan what he wanted. We try to please them by having whatever they want when they are here. He wanted steak. So, steak it was. I fixed some vegetables and creamed onions, avocado and tomato as a salad and we called it good. As we ate we chatted. Because I’m such a good cook (insert applause here), the food was exceptionally tasty! Evan didn’t care for the vegetables because it was a mixture with squash, corn, red and orange bell peppers, onion, green chili and tomatoes. That was what he didn’t like, the tomatoes. Anyway, the vegetables and what the mixture included was what spurred the conversation.

Evan wasn’t sure about squash. It was yellow squash and Alan told him how his mamaw had cooked it when he was a boy. He told him it was fried and he loved it. Evan said he’s never eaten fried squash! From there, Alan reminisced about the okra his mamaw used to cook. It was fresh and she cut it into pieces then battered it in a mixture of cornmeal and flour. Next she fried it until it was crispy and brown. He told us it was his favorite food that she had made.

After a minute I told them the favorite food that my mamaw used to make. It was what we call ‘goulash’. It’s made of hamburger meat, macaroni and tomato juice, and there are many variations. Most families have had it at one time or another. In college, my friend Doreen always wanted to make me American Chop Suey. Finally, one day we had the chance. She prepared the meal and was so proud to serve…goulash! It must be universal!

We sat for a moment more, enjoying the food and each other. Alan told Evan he’d have memories of what Mamye had cooked him when he got older. I asked Evan what his favorite food was that I had made him so far. He thought for a while and finally said, well it’s that noodle stuff. I said spaghetti? Nope, that’s not it. It had an orange sauce. Macaroni and cheese I asked? No, not that. We thought some more and he added that it had meat in it. Alan started to laugh and said Hamburger Helper? Yes Evan exclaimed. That’s it. That stuff’s good! We giggled. One day this summer while they were here I had fixed Hamburger Helper for their lunch. They were hungry, I was in a hurry, and it was there. I never dreamed it would make such an impression!

It’s bittersweet that the kids are getting older. I know the time we’ll have to spend together will get to be less than it is already. He’ll have his activities and his friends and he’ll be busy. He won’t want to come over to sit with Mamye and Pap and watch silly detective shows on TV or eat leisurely suppers. He’ll be starting his journey to adulthood. I just hope that occasionally we can get together.

Maybe someday, when his grandkids are over enjoying the weekend, they will have a conversation at supper. He’ll take a bite of something that will spur a memory about how well his Mamye made Hamburger Helper. He’ll remember the fun times that were had when he stayed over. He might even share his story with them and ask what their favorite thing is that their Mamye makes. I bet it won’t be Hamburger Helper! 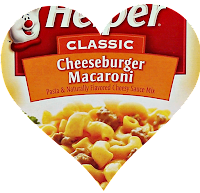 Have a big dinner, have a light snack
If you don't like it, you can't send it back

Remember I told you there was a lot of rain at the beginning of the summer? Apparently that was the allotment for the season because since then all it’s been is hot. Not just summer hot but record breaking temperature hot! For that reason it’s been small knitting projects, things that don’t sit across my lap and finishing things that were already finished except for working in the ends. I might or might not have a whole basket of things like that!

I guess in the long run it doesn’t matter what you make or what you cook. What matters is the feelings attached to the action, from both ends. I’m glad Evan likes my Hamburger Helper. But mostly, I’m glad he associates it with good memories.

So eat it, just eat it…
Posted by Knitrageous at 8:04 PM 1 comments