Well, Excuse Me, But I Think You've Got My Chair…

No, that one's not taken, I don't mind
If you sit here, I'll be glad to share…
The other day, on a trip for work, I had what I think could possibly be the rudest thing ever, happen at the training. It involved a chair, or rather lack of one. Actually, the whole trip was a little bizarre. It was a bad chair day to say the least! But to keep it short, I’ll leave out some of the details.

There is a team of four of us in Austin for training. We arrive at the training a little early to allow for catching up with friends across the state. There are a lot of my work friends there. I’m always happy to see them. We visited and caught up and then it was time for the session to start. I headed towards the table where my team is sitting. Surprise! There are only three chairs and the three chairs are full. There are no empty chairs anywhere close. Nobody looks at me or says a word so I go across the room to sit by my friend. (Hmmm…this could be a whole other blog post!) And no, although rude, this wasn’t the rudest thing ever. 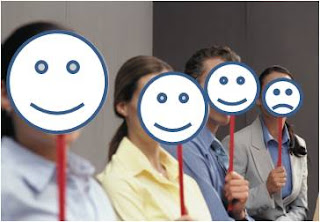 The updates begin and we regroup after break and my team makes sure to invite me to the new table. We have a great discussion and then it’s time for lunch. We all leave our materials at the table.

After lunch I go back to the table to sit down and there is a woman in my chair. She has pushed all of my belongings aside and put her things there. There are no other empty chairs at the table. Immediately she starts telling me she didn’t take my chair. She said she had pulled up a chair for me and some man took it. Really? I just looked at her. I picked up everything that was mine and moved to another table. I was not going to argue with some rude woman over a chair. 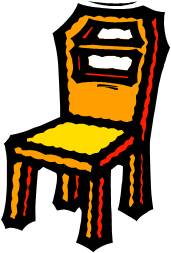 One of the people on my team started texting me, saying I shouldn’t have gone, that I had been there first and I needed to come back. That wasn’t going to happen. If taking the chair was that important to her, she could have it.

The rest of the training was uneventful. Soon it was time to leave. As I was standing outside waiting for the van, I noticed the same rude woman talking to one of the team. I hoped she might go away, but lo and behold, she was riding with us to the airport! It turns out she used to work where we do, and knew a member of the team. She was loading her luggage and as I climbed in the van I asked if I needed to give her my seat. I probably shouldn’t have said anything but I was a bit put out by the whole situation.

In reality, none of the chairs belonged to any of us. But if you have been sitting in the chair, have all of your belongings there, including a nametag, it’s close to being ‘your’ chair. The way I see it she took my chair and ‘some man’ took hers. My things were there and she moved them to make room for hers. There was plenty of room and she should have pulled up a chair for herself and left mine, since it was already taken. She should have gotten up and found another chair to replace the one she decided she wanted. She should learn how to play well with others. She shouldn’t be so rude. And she should never try to sit anywhere close to me again.


Well, excuse me, but I think you've got my chair…
I should grab the knitting when something like that happens. Something upsetting or stressful I mean. But it’s not always understood by everyone that knitting can be a calming influence. It is for me and I’d do a lot better in many areas if I could knit all the time!

Speaking of knitting, Bryce will be in Germany this term for school and he wanted his scarf finished before he left. I finished but it was a bit short so I’m adding some at each end. I think it looks okay but I’m not convinced he shares my opinion. I also finished a short scarf or neckwarmer for him to take back.
It’s funny, the things that stick with you. I actually woke up from a sound sleep the other night, furious with the rude woman, who is Pamela, by the way, thinking of all the things I should have, could have said to her. I suppose if you just think rude things to say but never actually say them it’s not nearly as bad. By keeping my mouth shut I didn’t stoop to her level. Well maybe, but only in my mind!

Oh, I like you too, and to tell you the truth
That wasn't my chair after all.
Posted by Knitrageous at 6:28 PM 4 comments

I don't need anyone to tell me how to run my life,
Got along alright so far I don't really think I need to hear your advice.
A few days ago I read this Miss Manners column online. (http://tinyurl.com/3felq6x) I found it funny, because it dealt with knitting. But the more I thought about it the more I realized it’s something that happens every day in many ways.

DEAR MISS MANNERS:
Over the years I have noticed people knitting in public and have had no particular problem with it. However, I am a bit put off by those who knit in church or at an event such as a recital or concert.
Is it acceptable to knit at a church, synagogue or other religious service? And what about a concert or recital? I recently attended a piano and violin recital in a small venue where someone was knitting in the third row. Surely it was evident to the performers. And if such knitting is not appropriate, how should the knitters be approached, or prevented?

GENTLE READER: Please do not -- repeat, not -- make a hostile approach to knitters. Have you not noticed that they are armed with long, pointy sticks?
Of all the multitaskers who could annoy you, Miss Manners would not have guessed that knitters would top the list. There is a centuries-long history of ladies quietly doing needlework while remaining alert to what was going on around them.
But perhaps your complaint is that they are not quiet. If the clicking of needles is what bothers you, you could appeal to the authorities at church or concert hall that as they ban texting, it is only fair to ban activities that create similar noise. And if they don’t already ban texting, you might start by asking that they do before going after those comparatively unobtrusive knitters.
Visit Miss Manners at her Web site,www.missmanners.com, where you can send her your questions.
2011, by Judith Martin

Why do people worry so much about what other people are doing? Is it curiosity or is it boredom? Do they have nothing better to do than to be concerned about others thoughts and/or actions?

Let me clarify that I’m open to suggestion. I really am! If you have an idea you want to share that can help make things better, I’ll listen. I’m even up for constructive criticism. But if I’m told what I should or shouldn’t be doing, that could be an entirely different story. It’s all in the presentation. I’m not sure who died and made them the expert. Oh, yeah, it was nobody. They are self appointed.

In my experience people like this are so lacking in self-confidence they have to project the attention on anything else but their own shortfalls. It’s disgusting. And sadly, the loudest, most obnoxious people seem to get the farthest. And those are the people telling me that what I do is wrong because they don’t think it’s appropriate. Get a life.

Personality seems to be a factor as well. I know whole families of know-it-alls. I also know a lot of people lacking in self-confidence who don’t become know-it-alls, judging everyone around them. I find it particularly funny when two know-it-alls get put together. It’s like one of those old silent movie Keystone Cops chase scenes. Everyone is dancing around, trying to convince people that what they think is the right thing but nobody is getting anywhere. Imagine what could be accomplished if everyone minded their own business and just did what they were supposed to do!

Miss Manner’s message seems clear to me. Stop worrying about what I’m doing. If you don’t like it, and it’s not causing physical harm, look the other way. As for me, I won’t worry about what you think. I read this the other day and it brought things into perspective. “What other people think about you is none of your business”. I don’t care what you think. And next time someone decides to tell me what all is wrong with me and my life and what I’m doing, they should remember, I have a lot of long, pointy sticks! 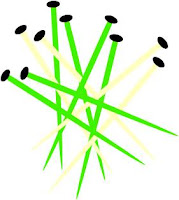 I've seen 'em come and go tryin' to do it all for show
Got their walkin', talkin', built in' jive
Don't really think they're workin' nine to five
If you don't like it I don't care
Remember Bryce’s scarf I was working on way back in January? Well, I didn’t like it so I put it aside. It was drawing up on the sides and was just not looking right. He’s home for a bit so he’d like it finished to take back with him. I ripped it out and started it again, lengthwise. I only had a short pair of circular needles with me when I started it so it’s crowded on the cord. I never changed when I had the chance so I don’t know how long it is but I hope it’s okay. It seems like I’ve taken more rows out than put in but I’ll finish it before he leaves so he can wear it during the cold weather in Germany, his next stop. Really, I’m glad when one of the kids wants me to make them something!
Other things I’m trying are some jewelry/beading type things. I’m quickly finding that it’s not really my forte! Everything I do seems to look like an elementary art project. Oh well! Nobody told me I had to try something new!


I've got my mind made up know what I wanna do.
I'll do it anyway I choose…