Take some time to think, figure out what's important to you…

The last couple of years, instead of a list of resolutions I would never keep, I chose a word for the year. Although it may sound easy, it’s not! The first year I struggled and finally decided upon the word “Embrace”. I wanted, when faced with a challenge, to look at it as a chance to grow instead of a chore. I can honestly say I grew a lot that year.

Last year my word was “Create”. If you know me, you know I am forever with yarn. I thought this word would be easy. It wasn’t. It turns out I never even posted the word. What I intended, besides my usual outlets, was to explore new possibilities, create opportunities, try new things and make time to fully enjoy whatever it was that came about. It wasn’t a complete fail but I could have done so much better.
So this year I thought and thought about what my word should be. I looked at word lists online, googled inspiring words, perused word of the year sites but nothing spoke to me. One night, during some dream I no longer remember, my word came to me. I can’t say it’s found on a positive word list. But I think it’s perfect for me.


My word this year is Stop. 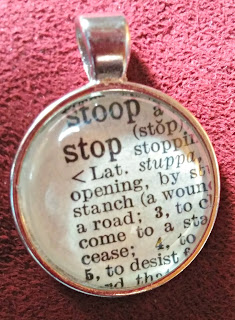 Stop can be a noun or a verb. Stop means come to an end; cease to happen, or a cessation of movement or operation. But it also means so much more. It can mean catching up with loved ones; stop in, stop by, stop off. Capturing a moment in time and perhaps even altering it with a camera stop. It can mean pretty; face to stop a clock or ugly, homely enough to stop a clock. It can mean slow down and enjoy; stop and smell the flowers, stop on a dime, stop, look and listen. I want to stop the negative thoughts, stop the procrastination, stop and enjoy, stop and think, stop and listen. 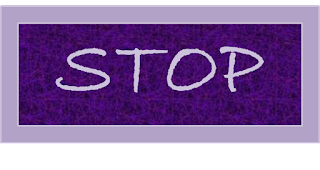 Hope 2016 is off in the right direction for you! Do you have a word? Share it here!

You've got to make a serious decision…

Fingerless mitts seem to be the obsession of the month! I’ve really had a lot of fun and even learned how to be proficient at the magic loop method. 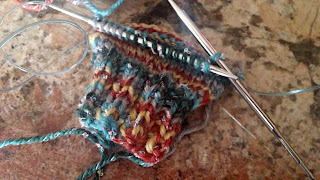 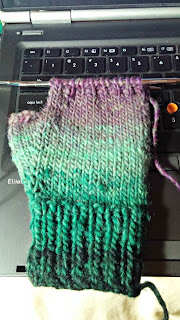 I thought I already was but I think I had made up a convoluted technique. So when I stopped to view the YouTube instructions I realized it was pretty simple after all!

Stop! Take some time to think, figure out what's important to you.
Posted by Knitrageous at 6:59 PM 1 comments